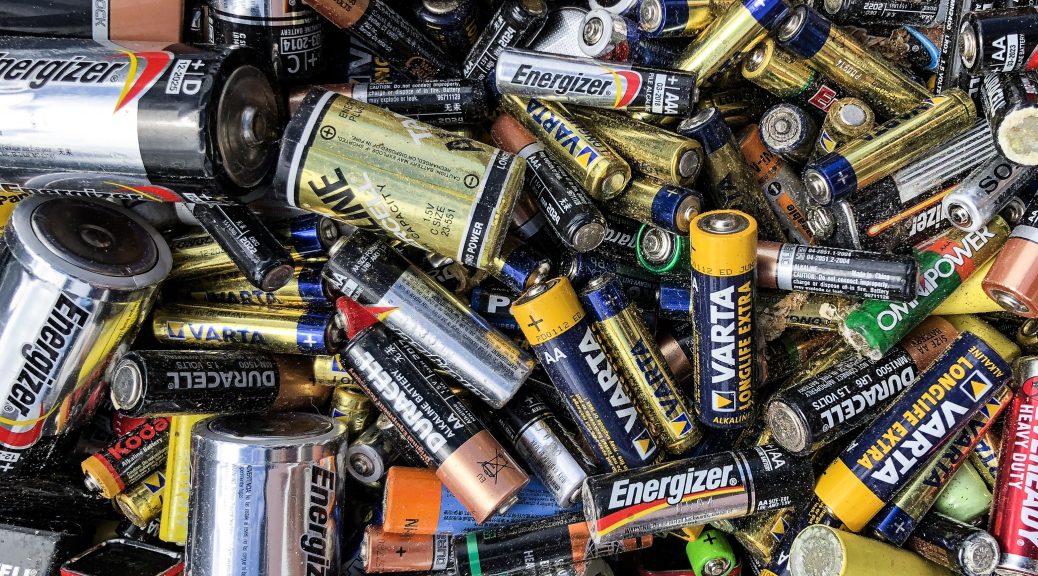 Keeping batteries out of the waste stream has multiple benefits.

Many of the materials found in handheld batteries can be recycled and reused, recovering hazardous substances that would otherwise be released into the environment causing pollution and contamination.

Other countries recognise this and have taken regulatory action to compel producers to play a stronger role in collection and recycling schemes.

The European Union has had a Batteries Directive in place since 2006 and several US states require producers and retailers to offer or fund battery recycling services, including Vermont (2014), California (2006) and Minnesota (1994).

Government and segments of the battery industry in Australia have been working towards a national scheme for handheld batteries under 5kg since 2013, however a recycling program has yet to be realised.

The result is in Australia, we have a collection rate of used batteries of about 3% compared to 40% to 70% in Europe.

Handheld batteries up to 5kg (primary and rechargeable) have been on Australia’s regulatory agenda since 2013. In 2015, parts of the battery industry effectively pushed back on a voluntary scheme and succeeded in reducing the scope to rechargeable handheld batteries only.

Since then the Battery Implementation Working Group (BIWG) – funded by the Queensland Department of Environment and Science (the lead jurisdiction) and supported by various industry members including the Australian Battery Recycling Initiative – has conducted numerous studies, pilot projects and stakeholder engagement exercises to determine how a voluntary handheld rechargeable battery program could work.

Light at the end of the tunnel?

There is potentially light at the end of the tunnel, as suggested by the following chronology of activities since late 2015. It demonstrates some very focused activity and decision-making by the BIWG.

>  2016 – a two-month pilot was conducted in Toowoomba to investigate the feasibility of collecting handheld rechargeable batteries for recycling through a diverse range of collection channels.

>  2016 – a nine-month pilot was conducted in Brisbane to investigate the feasibility of collecting used power-tool batteries for recycling and to better understand market share and consumer behaviour.

>  Early 2017 – a Financial Options Study was completed to estimate the costs of a voluntary program and evaluate different funding options in terms of sharing and recovering costs.

>  July 2017 – BIWG recommended to Environment Minsters a shared approach between manufactures/importers/brands/retailers and governments that was underpinned by ‘light’ regulation to prevent free-riding and ensure industry-wide participation while minimising cost to government.

>  July 2017 Meeting of Environment Ministers (MEM) endorsed the work of the BIWG and agreed to consider approaches that involve regulatory options “to underpin a voluntary scheme … as States see fit.”

This final point is a key decision by the MEM and provides BIWG the opportunity to explore national and state-based regulatory options to prevent free-riding without creating unnecessary red-tape for government or industry.

Clearly there has been a greater focus on increased producer and retailer engagement, scheme design and cost-sharing. The next step in the process is determining what regulatory instrument will ensure maximum industry participation and minimal cost to government and the community.

Indeed, the prospect of realising a national scheme is looking positive. But we are at a pivotal point in the process. Anything less than a firm decision by governments to regulate may result in industry walking away – leaving Australians with little option but to dispose of old batteries inappropriately, putting our environment and communities at risk.

There is a need not only to maintain batteries on the agenda, but to design a timely solution that demonstrates clear stewardship commitment by battery brands in particular. The rapid growth in battery use (small and large), the proliferation of consumer electronics and the dramatic growth of Internet of Things devices, all underscore the need for a national battery collection and recycling scheme.

At a time when numerous overseas countries have been running battery stewardship programs for more than a decade, it places Australia in the uncomfortably unique position of being exceptionally good at inaction and inferior policy development.

The upcoming Meeting of Environment Ministers should change that. It is time to enthusiastically decide to put in place a regulatory option that will enable the battery industry to implement a national battery recycling scheme without fear of being disadvantaged. Most importantly it should support creation of an environmentally sound battery recycling scheme that is free, accessible and widely promoted.

For more information about Equilibrium’s stewardship and sustainability solutions contact John Gertsakis at:  john@equil.com.au  or mobile: 0409 422 089.